A U.S Army veteran, Mr. Bannon spent nearly 25 years serving as a deputy sheriff, supervisor and commander with the Palm Beach County Sheriff’s Office where he worked in patrol, investigations, and community support assignments before retiring from policing in 2005.

He earned a bachelor's degree from Florida Atlantic University, and a master's degree in Public Administration from Nova Southeastern University. Mr. Bannon attended law school at the University of Miami and was admitted to the Florida Bar in 2005.  He is also a former Assistant State Attorney who prosecuted criminal cases in the 15th Judicial Circuit.

Mr. Bannon authored a book on criminal procedure for law enforcement officers, which was published in 2003, and he has taught criminal justice courses to graduate and undergraduate students at both Palm Beach State College and South University.  He brings a very unique blend of law enforcement and legal education and experience to the COE and to the role of Executive Director.

Prior to joining the Commission on Ethics, Ms. Kelley served as Assistant Director in the Center for Career Development at the University of Florida Levin College of Law, where she focused on advising students interested in government or public interest careers and oversaw the pro bono, public interest, and community service programs. In addition, Ms. Kelley is a former Assistant State Attorney in Florida’s Fifth Judicial Circuit.

Mark Higgs is the newest member of the team, joining the staff of the Commission on Ethics in September 2019.

Mr. Higgs is a U.S. Air Force veteran who spent nearly 30 years in law enforcement with the Chicago Police Department as a patrol officer and sergeant. He received specialized training through the Department of Homeland Security, the Bureau of Justice Assistance, the Office of the Director of National Intelligence, and the Federal Bureau of Investigation.

Based on his extensive background in intelligence writing and analysis, Mr. Higgs became the supervisor of the Counter Terrorism Section and served as a Senior Watch Officer in the Crime Prevention and Information Center for the Chicago Police Department.  He later became a supervisor in the department’s Intelligence Section of the Organized Crime Division, and served on the Joint Terrorism Task Force for the Federal Bureau of Investigation.

Mr. Higgs finished his law enforcement career as an investigator and case management supervisor in Internal Affairs for the Chicago Police Department.

Since joining the team, Mark has become a Certified Fraud Examiner.

Abigail Irizarry joined the staff of the Commission on Ethics in April, 2016.  She has been serving the citizens of the State of Florida for the last 9 years beginning in 2007 with the Better Business Bureau and quickly moving to the Department of Children and Families (DCF).

Abigail graduated from Florida State University with a Bachelor of Science in Criminology and, in addition to her status as a Certified Inspector General Investigator, Abigail is a Certified Fraud Examiner.

Ms. Levesque helped establish the Commission on Ethics (COE) as the first employee when the COE began in 2010. Prior to that, Ms. Levesque graduated with a degree in education from Southern Illinois University at Edwardsville in 1988 where she obtained a teaching certification for grades K-12 in Illinois and Missouri.

After relocating to Florida, Ms. Levesque became a law enforcement/correctional officer and worked for the Broward County Sheriff’s Office and the City of Lauderhill.  In addition to her law enforcement experience, Ms. Levesque served as a legal assistant in the Office of the State Attorney, 15th Judicial Circuit from 1999-2010. 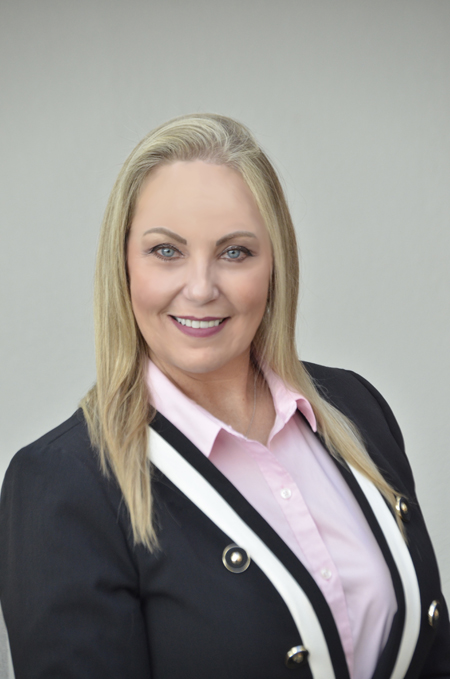